We flew via Dar Es Salaam to Mbeya in Tanzania och crossed the boarder to Zambia by car. As we boarded the plane to Mbeya, we received the news that the police in Kasama wanted to postpone the festival until the coming week, which would have been impossible for us due to our work schedules. Negative reports like these are common in connection with arranging Gospel campaigns, so we did not allow ourselves to be distracted. Upon arrival in Kasama, we learned that a crucial permit from the Ministry of Religious Affairs for us to be allowed to preach, was missing. 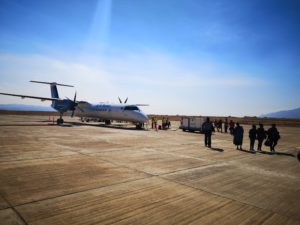 (Picture above: The airplane that took us from Dar Es Salaam to Mbeya.)

After contacts with influential politicians and police officers, Tracy managed to get the permit the same day as the festival was scheduled to start. Before the permit was issued, she had to rush to the local airport to meet the Minister of Religious Affairs, who happened to be in the city since the President of Zambia was there for a campaign rally – this as Johan in the meantime stayed in the hotel room to prepare his sermon. 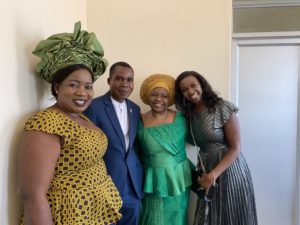 (Picture above from right to left: Tracy, the Minister of Religious Affairs, our host pastor Felix Kampamba, the district Commissioner of Kasama. This meeting led to that we received the permit to hold the festival only a few hours before it was scheduled to start.)

Every evening, Johan shared a message about that the world has been reconciled to God through the finished work of Jesus Christ on the cross, and that God because of that does not hold Kasama’s sins against Kasama. The crowd was smaller than expected, but the number of people that responded to the invitation to receive Jesus was high in relation to the total number of attendance. 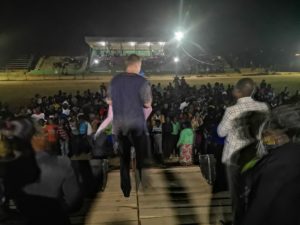 (Picture above: Many responded to the salvation call during the first night.) 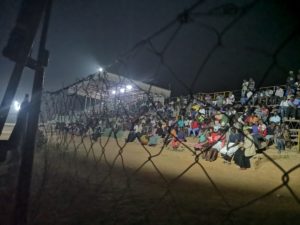 (Picture above: The crowd during the first night.) 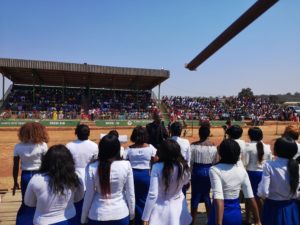 (Picture above: The crowd during the Sunday morning service.) 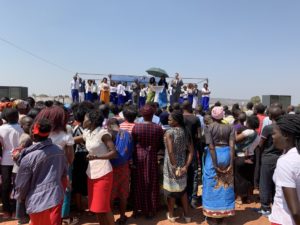 (Picture above: Many responded to the invitation to receive Jesus and the baptism of the Holy Spirit during the Sunday service.)

During the four festival nights, many received healing in their bodies. Below are some of the healing testimonies: 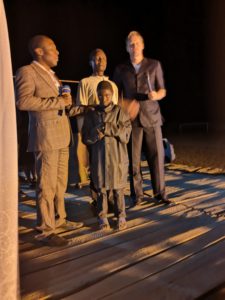 (This boy was born blind, but could now see for the first time in his life. His father, standing behind him, verified that his son indeed was born blind but now could see. This boy was well-known in the local community and his healing caused quite a stirr as people left their seats and rushed toward the stage to be able to see what God had done with their own eyes.) 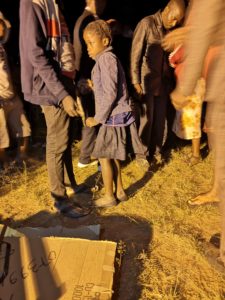 This little girl had never been able to walk before. Now healed by Jesus. 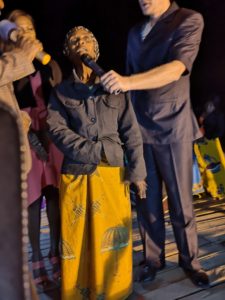 Healed of kidney problems since 4 years. 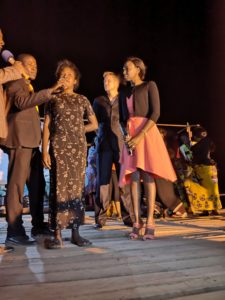 This lady suffered from back pain. Now healed.

In conjunction with the festival, a seminar for pastors and believers was held with the purpose of establishing all believers in the New Covenant. The message was received with great enthusiasm. The day after the final festival meeting, we also held 20 counselling sessions with people who came asking for advice and prayer. Many received healing from Jesus during these councelling sessions. 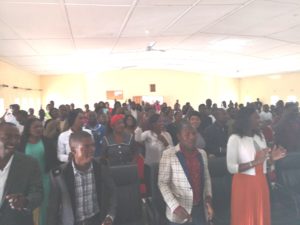 (Picture above: Some of the seminar participants.)

We estimate that at least 500 people received Jesus during the event. You who prayed and supported us financially are a partaker in the harvest. We couldn’t have done it without you. Thank you for supporting GraceLove!

You are a partaker in the harvest!

P.S. To see more pictures and healing testimonies, check out our picture report on Facebook.

VIDEO: By clicking on this link you can watch most of the message and the healing testimonies from the final night.

VIDEO: Click here to watch the sermon from day 3 of the festival.